Uganda is situated in the east portion of Africa on a plateau around 3,000 feet above sea level. The country is almost entirely in the Nile basin, making the southern region of Uganda difficult to drain properly. The Sudanese Plain is in the northern portion of the country is, and Lake Kyoga is in the central part of the country. Lake Kyoga serves as the boundary between the Central Sudanic language speakers of the north and the Bantu speakers of the south. Uganda is considered to be an equatorial climate but has varying amounts of rainfall. The southern portions of the country get more rainfall than the north.

The Uganda Museum, located in Kampala, is the oldest and largest museum in the country. Started in 1908, this museum features various exhibits displaying archaeology, traditional music, ethnography, and the independence pavilion of industry and science, ethnography, and paleontology. Also in Kampala are the Kasubi Tombs, a site where many members of ancient Ugandan royalty are buried. This historic site is a very mysterious place where you can learn of the country's past. Situated on top of Mount Sabinyo, at 12,000 feet above sea level, is the Mgahinga Gorilla National Park. This mountain is one of the terrestrial volcanoes that make up the Virunga chain. In the forest on the mountain, it might be possible to spot a gorilla if you are patient and observant. In the city of Entebbe, is the Entebbe Wildlife Education Center, one of Uganda's most popular tourist sites.

Christianity is the predominant religion in the country, encompassing about 85% of the population. Other faiths include Islam, Judaism, Hinduism, the Baha'i faith, secular beliefs, and other indigenous beliefs. Of the Christian denominations, Catholicism has the largest participation, followed by the Anglican Church. Only about 12% of the population of Uganda is Muslim, including the current president. Influenced by the president's participation in the Muslim faith, the religion has been growing in size in Uganda. 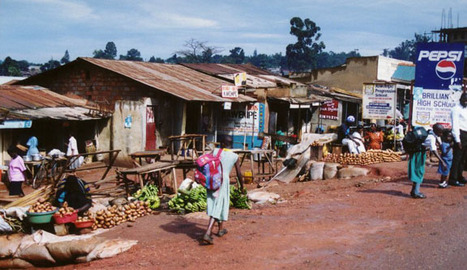