As the third largest island and the fourth largest country in the Carribean, Jamaica is mostly a tropical forest with lush palm trees dominating the landscapes and covering rolling hillsides. A distinct feature of the island is the Blue Mountain Range, surrounded by a narrow coastal plain, providing some of the best views of the island.

The climate is completely tropical with hot and humid days, although further inland the temperature tends to be slightly more temperate. The Liguanea Plain and the Pedro Plains, lying toward the south coast of the island, tend to be relatively dry rain-shadow areas.

Climbing Dunn's River Falls is a must-do event. Tumbling down a series of stair-like rock projections, cascading 600 feet to the sea, the waterfall has provides the most photographed scenic spot on the island. Whether you opt to climb or simply swim in the pools at the base, the falls provide one of the best of island experiences.

Swimming with the dolphins at Dolphin Cove is a unique experience, with several options sure to fit almost any taste. From the fin pull, where the gentile mammals pull you along, to the push, where you simply float and allow the animals to gently nudge you along, this experience provides an unforgettable feeling of being one with nature.

This is an interactive museum where you can explore the roots of this uniquely Jamaican sound, from its beginnings in ska and mento, all the way up to the international sensation that we know today.

Although the official language of Jamaica is English, the majority of Jamaicans speak an English-African Creole known as Jamaican Patois. Not to be confused with the better-known Rastafarian use of English, Jamaican Patois contains many words borrowed from Spanish, Portuguese, Hindi, Arawak, and African languages, making it a unique language itself.

Christianity makes up the major religion of the population, approximately 66%,and the five largest denominations are The Church of God, Seventh-day Adventist, Baptist, Pentecostal, and Anglican. Other popular religions include a growing Islamic movement, and the Baha'i Faith.

The Rastafarian movement was founded in Jamaica, and is still most associated with the island. Perhaps the most famous Rastafarian was Bob Marley, who popularized reggae internationally. 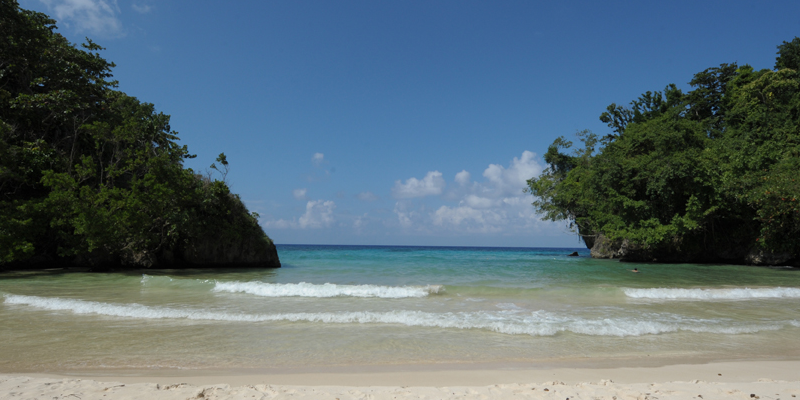