Sao Tome is more populated since it is the larger of the two islands. Its peaks measure up to 6640 feet. Principe is much smaller with two volcanic peaks. The country also has some smaller islands. The climate is tropical at sea level and the wet and dry seasons are as a result of the topography. The average yearly temperature is 80.6 degrees Fahrenheit. The rainy season starts in May and ends in October. It rains more on the southwestern slopes and less in the Northern lowlands.

Anyone going to Sao Tome and Principe for tourism will be well rewarded. In Principe, the main town, Santo Antonio, is known for its colonial architecture. There are also two very attractive cocoa plantations, Ilehu Bom Bom(an island in the northern coast of Principe) and Pico de Principe.

There are Portuguese architecture, attractive parks, and Racas cocoa plantation. In addition, there is the Agostinho Neto- the largest plantation in the country. Boca de Inferno (also called Hell's mouth), a very high seawater fountain, and Casacda Sao Nicolau waterfall, are also here, as well as the highest mountain in the archipelago called Pico de Sao Tome.

The country is very unique in many ways. Since it is multi-ethnic, there are several cultural heritages that either stand on their own or are interwoven and accepted by all. In Sao Tome, the people are known for ussua and socope rhythms, while in Principe, the dexa beat is a very popular. Portuguese ballroom dancing may have played an essential role in the development of the country's rhythms and dances. Furthermore, the people of Sao Tome Island like "Tchiloli", used to tell a story in drama. Similarly, "danco-congo" is another musical dance performance that is acted and sung as in a drama. Only the men perform this music. They wear frock coats, cock hats, white gloves, sequins and colorful ornaments while acting. 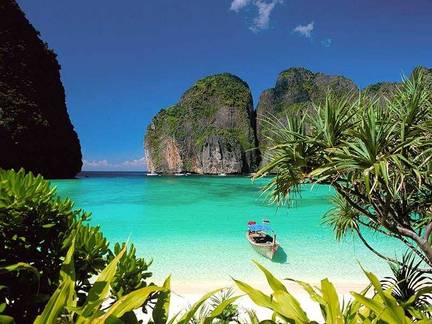