Mozambique has a land size comparable to Turkey and is the 35th largest country in the world, divided naturally into two topographical regions by the Zambezi River. The northern region has a narrow coastline that moves inland to hills and low plateaus, and further west to rugged highlands. The south of the Zambezi River gives way to broader lowlands with a plateau and mountains. The climate of the region is evenly divided into just two main seasons, wet and dry. The wet season is from October to March and coastal precipitation is heavy, about 40 inches per year. Cyclones are also common during the wet season and temperatures in the capital, Maputo, could range from 55 to 88 degrees fahrenheit through the year.

The Gorongosa National Park is located in the Great Rift Valley and has a unique combination of ecosystems that has given rise to one of the most dense populations of wildlife in Africa. There is a park entrance fee and accommodations are available. Bird watching and viewing game are the main attractions, and hiking trails with necessary guides are also available. Another place to visit while in Mozambique is the Bazzaruto Archipelago, a string of islands with beaches and a natural paradise with all sorts of wildlife. You can enjoy excellent diving and snorkeling as well as fishing and dhow trips, sure to please the most adventurous. While in this area you will want to schedule a visit to the marine national park, where you can see a lot of coral and marine life. You can spot Dolphins and dugongs, and in summer, perhaps even a few whale sharks.

There is a strong influence of the Arabs in the culture of Mozambique, a remnant of the traders who constantly mingled with the local population over many centuries, even creating the Swahili language spoken and understood in almost all of coastal Africa. Portuguese is the official language but it is spoken by only 40% of Mozambicans, and the rest of the country has their own tribal and other dialects to fall back on. English is taught in all schools and is vastly used in business. 30% of population is practicing Catholics while another 10% to 15% follow Islam, and the rest of the country follows their own traditional beliefs. The constitution is mainly secular and allows full freedom of religious expression. 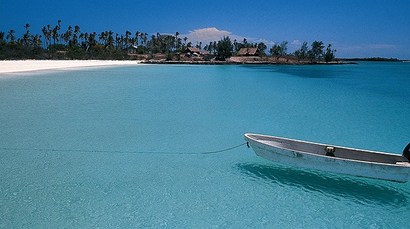