On the map, Mali looks like a butterfly, but the southwest wing looks smaller than the other one. There are dry periods in the northwestern part of the country because of its nearness to the Sahara Desert, and the climate is primarily arid desert or semi desert. The Niger River influences life in the Sahel region (the central part of the country), where its waters are highest between August and November. The trees and vegetation in the southwestern region of the country are greener and more attractive as a result higher annual rainfall in the area. The only prominent geographic feature in Mali, the Niger River, is a great asset to the country, providing transportation, irrigation, and fish between the Sahel and the southeastern region of the country.

The Malians love music and they are excellent musicians. Their original music comes from the griots (people that keep memories). In addition to music, the Malians are known to be good in literature, though the literary tradition is mainly informal. The older ones teach the younger ones how to sing their histories and stories. In this regard, Mali's best-known historian, Amadou Hampate Ba, has been commended for writing down these oral traditions for posterity. The Malians, though of different tribes and ethnic groups, have combined festival periods in which they wear flowing colorful robes called boubous. 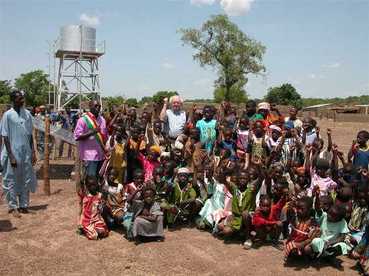