Eritrea is the land where you can experience three seasons in just two hours - from the rugged mountain peaks of Emba Soira to the arid desert heat of the Danakil Depression (100 meters below sea level and one of the hottest places on earth) to the cool breezes of the Red Sea.

Year-round the highlands are temperate, and Asmara has a pleasant climate all year long. The eastern coastal areas receive unpredictable, "little rains" during October to March, while the other areas get "main rains" from June to September. In the highlands further inland, the hottest month is usually May and in winter temperatures are near freezing point at night.

There are unlimited opportunities for the intrepid explorer in Eritrea. The capital, Asmara, has the most outstanding collection of colonial architectural wonders in all of Africa. On the Red Sea Coast, the sultry town of Massawa is a cultural melting pot with beautiful architecture and beaches. North of Massawa is the white sandy beach of Gurgusum. The beaches are clean and uncrowded, so it is a great place to sunbathe, and for swimming, sailing, scuba diving, or snorkeling. This is also the starting point for visits to the Dahlak Islands, one of the least spoiled and least known reefs in the Red Sea. Sheikh Said Island is the first of Massawa's islands and is ideal for a day trip or picnic.

If you are more interested in the cultural landscape, then Barentu is an interesting marketing town to visit, with its colorful mix of tribal cultures.

There are nine languages in Eritrea. Tigrinya (50%) and Arabic are the working languages. The other languages are Tigre, Afar, Saho, Bega, Bilen, Nara and Kunama.

There is no official language, though Tigrinya, Arabic and English predominate in commerce and national business. Eritreans show exceptional politeness, hospitality and friendliness. If you know a few words of Tigrinya, you'll amaze and delight the Eritreans and quickly win new friends. 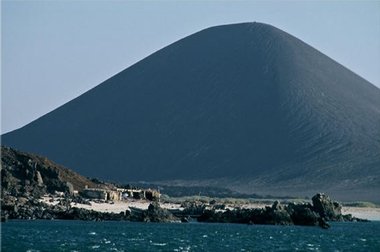