Geographically, Denmark is the southernmost among the Nordic countries, situated south of Norway and Sweden and sharing Germany's northern border. The smallest of the Scandinavian countries, and only half the size of Maine, it includes the Jutland peninsula as well as 443 named islands, its terrain mostly heavily forested with little elevation. Denmark's position in the temperate zone ensures fair temperatures all year, but rain is frequent. Perhaps the most important geographic feature, however, is the proximity of all of Denmark's landmass to the sea. Indeed, nowhere in Denmark will one find oneself further than 33 miles from the coast.

While the capital city of Copenhagen is the most familiar city to travelers, don't dismiss visits to the other major cities of Aalborg, Aarhus, Esbjerg, Odense and Randers. Each city will have its own special appeal to welcome tourists.

Denmark's often-cloudy skies hardly hinder visitors, for on rainy days one can explore ancient castles or relax in one of the country's indoor water domes. In Copenhagen, impressively stocked museums, including the Danish National Museum, offer visitors the opportunity to view artifacts and art representative of Danish history, while all around the country castles from days of old yet stand. The Christiansborg Palace is particularly stunning, containing ruins from the original Absalon's Castle, which dates back to 1167.

Outdoors, the beaches are supremely attractive, and myriad world-class amusement parks draw large numbers of tourists. Copenhagen's Tivoli amusement park is especially popular and served as inspiration for Disneyworld. Today it is one of the oldest parks in the world (the nearby Dyrehavsbakken, also located in Copenhagen, is the oldest), including rides dating back to 1932. Denmark also hosts numerous music festivals annually, including the world-renowned Copenhagen Jazz Festival and the Roskilde Festival, one of Europe's "big four" rock festivals.

Despite their homogenous population, the people of Denmark have developed a highly varied range of artistic expression and given birth to such internationally acclaimed writers and artists as Hans Christian Andersen and Jorn Utson, the architect of the Sydney Opera House. Music, dance, literature and art thrive in Denmark, where cultural expression and artistic exploration are encouraged by government grants and funding. Local populations are particularly involved in the country's blossoming culture, in part because the government entrusts allocation of its funds to local authorities and in part because these funds support local museums, film institutes, theaters and music venues. 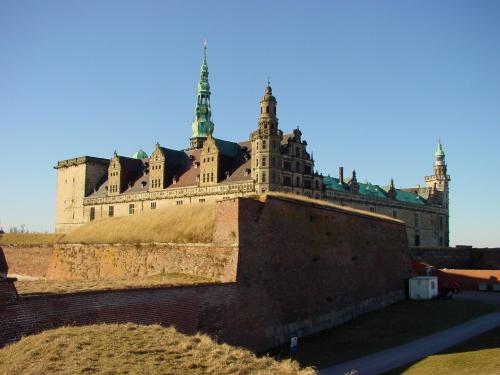