Zambia is roughly 290,585 sq. miles, about the size of Texas. On a map the country looks a bit like a misshapen butterfly. Its land is largely plateaus that gradually form the slopes of mountains and hills. It is flanked by two river basins in the north and south - the Zambesi and the Congo basins.

Zambia is blessed with natural beauty and some of its falls are world-famous, particularly Victoria Falls, named by explorer Livingston in honor of Queen Victoria.

Zambia has a tropical climate with temperatures that vary depending on elevation. Summer starts from May until October while the wet or rainy season starts from November until April.

Probably the best-known landmark in Zambia is Victoria Falls, also called Mosi-oa-Tunya or 'thundering smoke'. As the Zambezi River falls about 328 feet over Victoria Falls, it presents a stunning and heart-pounding sight.

In urban areas, some of the best places to see are the marketplaces, particularly Soweto Market in Lusaka. Markets are busy, bustling havens of activity, trade, and socialization. Arts and crafts are sold here, along with local fruits, fish, and assorted knick-knacks. Such restaurants as Green Ethiopian, Cafe d'Afrique, and Le Soleil offer a taste of Zambian cuisine. There are plenty of restaurants in the urban areas as well, many of which offer local fare.

The gemstones in the region are world-class and some of the best bargains on gems can be found in many of its jewelry shops.

Zambia has many game parks including the Southern Luangwa and the Munda Wanga Environment Park, considered the best in the region.

About 53% of the population are Catholic, a religion brought in by Christian missionaries. Roman Catholicism has been the official religion since 1993. Islam is a major religion in the Eastern Province. About 1%f the population are Jews, Pentecostals and Hindus. Even people who are affiliated with other religions such as Christianity also practice animism freely.

As a former British colony, Zambia's official language is English, and is mostly spoken in the urban areas. People who live in rural communities speak the languages of their tribes, along with one or several other dialects including Bemba, Luanda, Luvale, Lozi, Tonga, Tumbuka, and Nyanja. 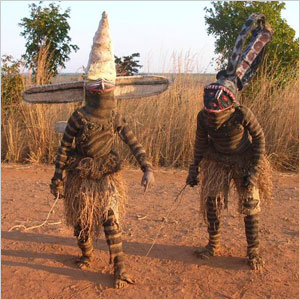