With its location and infrastructures, Turkey is a transcontinental country. The majority of the country is located in Asia while the rest lies in the European continent. It measures a total land area of 301, 382 square miles and roughly takes on a rectangular shape. Turkey is surrounded by seas on three of its side. The Aegean Sea is located on its western portion, the Mediterranean Sea is at its southern part, and the Black Sea is to the north.

Turkey’s landscape is greatly influenced by the ground’s movements that come as earthquakes and volcanic eruptions. In fact, the Black Sea came to be formed due to fault lines. In general, the topography consists of rolling plains, mountains, and volcanoes with great rivers and lakes along them.

In Turkey, you will find that the climate varies according to the city or town’s location. The regions that line the coast and near the Mediterranean Sea experience the temperate climate the Mediterranean is known for. It is characterized by summers that are hot, dry, and mild with winters that are wet and cold.

The mountains near the coastline prevent the Mediterranean climate from reaching inland thus giving the area an arid and extreme climate. With this, the Anatolian plateau is known for its extreme and deeply contrasting weather conditions. In this area, the winters are said to be very harsh with temperatures as low as negative 40 degrees Celsius with snow that lies for 120 days per year. Should you want to go these areas, make sure that you bring the necessary clothing and gear that fits the current season.

Turkey has much to offer its tourists and visitors. One of these is the Hagia Sophia in Istanbul, which used to be a cathedral but is now a museum. It is famous for its size, architecture, frescoes, and mosaics. The Blue Mosque, also found in Istanbul, is famous for its beautiful architecture and design. If you like to go shopping, the Covered Bazaar still in Istanbul is the oldest and the biggest bazaar in the world. The Ephesus, along the Aegean Coast, is the biggest and most preserved ancient city in the country, making it one of the world’s greatest historical sites.

Turkey is well known for its very diverse culture. Because of its past, you can see that it is modern and Westernized, while at the same time it tries to keep the traditions that they deem fit. However, even at the surface, you can also see that the country’s culture is a blend of the empires and people who conquered and passed by it in the past. Here, you can witness samples of the Turkic, Ottoman, Anatolian, Greek, and many other cultures. Most of the time, you can see that these ancient cultures are blended well into the Westernization path of Turkey.

The mixture that is Turkey’s culture can be easily seen through its music and literature. Another way that you can witness the blend and influences is through the architecture of Turkey’s ancient and modern buildings. In fact, many buildings carry the Byzantine influence coupled with the Ottoman with the unique twist of the Western world. 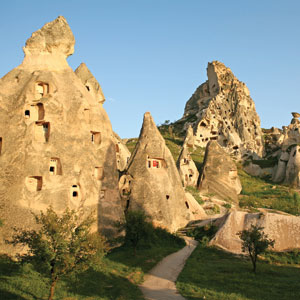