Swaziland, though very small, has four different regions determined by altitude. Along the eastern border with Mozambique is the Lubombo, a mountain ridge, at an altitude of around 1968 feet. The mountains are broken by the gorges of three rivers: the Ngwavuma, the Usutu, and the Mbuluzi. The Highveld, along the western border of the country, with an average altitude of 3934 feet, lies on the edge of the escarpment. Mbabane, the capital, is located on the Highveld. The seasons are the reverse of those in the Northern Hemisphere with December being mid-summer and June mid-winter. The Highveld temperature is temperate and, seldom, uncomfortably hot while the Lowveld may record temperatures around 40 degrees Fahrenheit in summer.

Swaziland has some of the most gorgeous scenes in Africa. There are a variety of things to do and awe inspiring places to see. For the adventurer, Swaziland offers seemingly endless valleys, hidden hot springs, hiking trails, nature reserves, and game parks.

There are three major game reserves: Mlilwane, Mkhaya, and Hlane. If you feel adventurous, Swazi Trails is an adventure guide group that takes travelers white water rafting down the Zambezi, caving in the Gobholo caves, and on mountain biking, hiking, and cultural routes through the Sibebe Rocks.

Other places of interest include Cuddle Puddle, cultural tours to Kaphunga Village, The King Sobuza II Memorial Park and, if you are in Swaziland in August, don't forget the Umhlanga Reed Dance!

The most common religion in Swaziland is Christianity. Currently, there are many Christian groups, from Roman Catholics to the Afrikaner Calvinists. There are also non-Christian religions including Islam, the Baha'i Faith and Hinduism. The official languages in Swaziland are Seswati, or Swazi, and English. About 76,000 people in the country speak Zulu. Another lesser-used language in Swaziland is Tsonga. 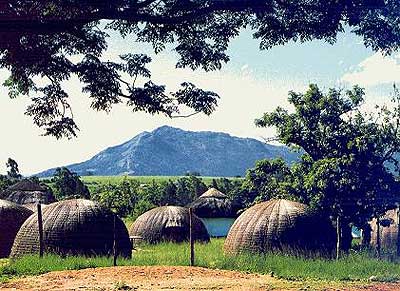