South Korea comprises the southern part of the peninsula of Korea. North and South Korea are separated by a two-and-a-half demilitarized zone. South Korea covers about 99,000 square meters of land or about 44 percent of the total area of Korea. The most prominent island in South Korea is the Jeju Island, with a land area of 1,825 square meters. Two other major islands are Ganghwa and Ulleung.
The geography of South Korea is ideal for the production of tungsten, graphite, coals and lead and has enough resources to provide hydropower. Additionally, there is enough rainfall throughout the year for the cultivation and development of agriculture and, unlike many neighboring countries, typhoons are not that frequent.

Korean society gives much importance to the value of family and, additionally, puts heavy emphasis on a vibrant and rich artistic community. There is a prevalent culture of creative dancing, art, music, drama, theatre, poetry and literature. The Korean culture is inspired by Confucianism, which is evident in the belief system, housing, architecture and the way of life. Although traditional, South Korea is able to cope with and integrate international trends and cultures, while still maintaining its unique identity. 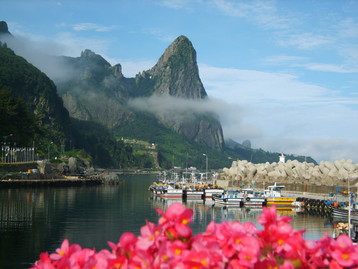