Russia occupies a large portion of northern Asia. Due to its location and vast area size, tundra, forests, semi-deserts, and grassland make up the majority of the topography of Russia. In its northern areas, you can see the great forests with tundra along the coastlines. In its southern part, you can see vast plains and steppes, or grasslands. It is also in this part that Russia is bordered with mountains. Separating Europe from Asia, the Ural Mountains are found in the north south areas.
The country is also known to have the largest forest reserves in the world giving it the ability to absorb great amounts of carbon dioxide. This is why the country is also called “the lungs of Europe” since not only does it supply great amounts of oxygen in the continent but also to the whole world.
There are only two seasons that are considered greatly in Russia, and these are winter and summer. The coldest month is said to be January while the hottest month is July. The spring and autumn seasons also are experienced in the country but for such a brief period as to make them somewhat insignificant.

Moscow is the capital city of Russia and one of the biggest cities in the world. Because of this, it is also the main gateway for tourists. Two of the famous attractions found in Moscow are the Kremlin and Red Square.
St. Petersburg is another major city in Russia that shows the architecture unique to the country. Here, you can see buildings and infrastructures that show Russia’s remarkable architecture such as the Winter Palace, the cathedral of the Peter - Paul Fortress, Strogonov palaces, and many more. Another must-see attraction is the Hermitage Museum where you can see the luminary works of famous artists such as Picasso and Da Vinci. Aside from these, St. Petersburg is also the center of Russia’s performing arts such as ballet, classical music, and theatre.

Russian culture is rich and heavily intertwined with the arts. Every city in Russia has theaters and movies showing their fondness for the performing arts. It is in Russia where when people talk about “cinema” they mean the movies, but when they say “theater” they are talking about live performances such as ballet and drama that are held on stage.
It is well known that Russia has produced many great painters and writers such as Tolstoy. As for music, composers such as Tchaikovsky, have well gone down in world history for producing music that reflects Russian culture through and through.
Many have often said that Russians love to drink. This is because drinking is part of their culture. Before, Russians drank to help keep their bodies warm against the cold weather. Now, it is part of their culture, and their belief is that to refuse an offered drink is a great insult.
Russian culture is full of holidays and festivities. The biggest that they have is New Year held on January 1. The main reason it is so big is that because of their religion, Christmas is not celebrated in the region making New Year a huge celebration.
Old New Year is another festivity celebrated on January 13. This is based on the calendar that Russians used exclusively in the ancient times. They also have Men’s Day, or Homeland Defender’s Day, and Women’s Day held on February 23 and March 8, respectively. On these days, the opposite sex gives gifts to the sex being celebrated.
June 12 is Russia’s Independence Day, which is an official holiday. Because it is only recent, Russians are still in the process of getting used to it. Even today, a good number of Russians celebrate it by going to the countryside and planting vegetables and plants. 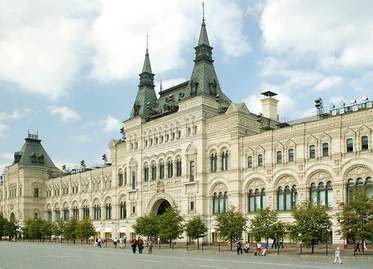