The country covers a surface area of 92,043 square miles. A big portion of Romania's border with Bulgaria and Serbia is formed by the Danube River and is joined by the Prut River to form the border of the Republic of Moldova. Other notable rivers are the Siret, which runs from the north to south through Moldavia. The terrain of the country is roughly an equal share of mountains, hills, and lowlands. The Carpathian Mountains take up a huge portion of Central Romania. Because of the great diversity in its lands, the wildlife in the country has also grown diverse.

Bucharest is the capital and largest city of Romania. Other major cities are Iasi, Cluj-Napoca, Timisoara, Constanta and Craiova.

Because of the conscious efforts of the Romanian government to improve the conditions of Romania, the country's tourism has improved significantly. There are many fortified churches in the villages of Transylvania, and they are must sees to get a glimpse of its inherent culture.

Another good spot to visit would be the Historic Center of Sighisoara, which is a Medieval Saxon fortified town that was founded by German merchants and craftsmen of the region. The Churches of Moldavia, found in the northern part of Moldavia, are a group of seven churches. They are special because of their hand-painted exterior walls that are a form of 15th and 16th century Frescoes. They are considered to be masterpieces of the Byzantine art form.

The Danube Delta is the biggest and largest delta in the whole of Europe and is home to nearly 45 species of freshwater fish and nearly 300 types of birds. Because of this, it is considered a biosphere reserve and is a perfect place for nature lovers to visit.

Because of the geographical location of the country, it is the meeting place of the three fundamental regions of Central Europe, Eastern Europe and the Balkans. Therefore, Romanian culture is a mix of Roman and Dacian elements with numerous influences from surrounding countries.

Another thing that is striking in Romanian culture is the richness of their folk traditions. It survived due to the characteristic rural communities that are abundant in the country. Such folk arts are wood carving, ceramics, embroidery, dance, and folk music.

Another part of their culture is their mythology that has become a part of their customs with tales and poems of love, faith, kings, princesses and witches. Customs such as the colinde, (the Romanian version of Christmas carols), and the sorcova, (a special bouquet used on New Year's Eve to wish people blessings), are widely practiced. 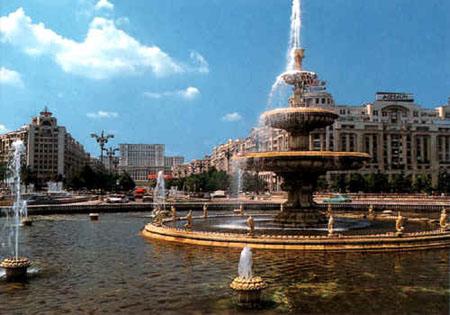