Qatar is an Arab emirate situated on the northeastern coast of the Arabian Peninsula in the Middle East. It is a rather small state jutting 100 miles north into the Persian Gulf. It consists of immense plains of sand and sand dunes. It is a relatively flat country, with the highest peak reaching about 105 meters. The winters are mild and the summers are quite hot and humid, with humidity levels of more than 85% every day.

Among the numerous famous attractions of the area is the Khor Al Urdeid. It is located at the southeastern part of the country-state and is world-renowned for its natural beauty. It is a wide area featuring immense sand dunes that surrounds an inlet of the Gulf. No roads lead to the area and only off-road vehicles can actually reach the desert. It is worth visiting though. Al Wakra is also one of the major tourist attractions in the area, situated very close to Doha. It is a picturesque port, although now it is under reconstruction.

Doha is of course the main tourist attraction in the area. The capital city of Qatar is known among travelers and tourists for the immense golf and tennis facilities. Al-Corniche is the stunning seafront featuring some of the most modern and elegant buildings in the area. The Grand Mosque is impressive, featuring numerous domes, while the Abu Bakir Mosque is well known in the entire Muslim World. The northern part of the city features the most historic sites, like the Salal Mohammed, the village that boasts of a 19th century settlement and fort.

Souq Waqif, also situated close to Doha, is a lovely place to visit. It used to be a gathering point for animals and herds, but today it is a developed tourist area that reminds everyone of the origins of the nomadic tribes of Qatar. An excursion to Souq is a trip through history and tradition. The Museum of Islamic Art, located in the capital city, is considered to be one of the most important museums in the world, featuring the largest collection of findings and exhibits from the Islamic World and Religion.

Rich Arabian culture combined with Western elements and a large dose of elegance and wealth; this is how the culture in Qatar can be described. Travelers who visit the country can notice right away the effort people there are taking to present a more modern look, trying to blend their roots and traditions with Western influences. Money is not an issue in Qatar, and this is more obvious in events organized in the city of Doha, the cultural hub of the country. 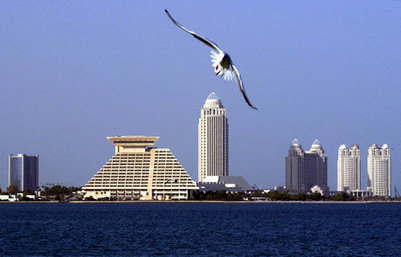