One of the warmest European countries, the annual temperature averages in mainland Portugal are 13°C/55°F in the north and 18 °C/64°F in the south, while it is over 20°C/68°F on the warmest spots, like the south coast of Madeira Island. Extreme temperatures occur in southeastern parts during the summer (sometimes reaching 40şC/104şF) and in the mountains in northeastern parts of the country in winter, (where they may fall to -10°C/14şF or below). However, sea coastal areas are milder.

The northern landscape is mountainous in the interior areas, with plateaus indented by river valleys. The south, between the Tagus and the Algarve, features mostly rolling plains and a climate somewhat warmer and drier than in the cooler and rainier north. The Algarve, separated from the Alentejo by mountains, has a climate much like southern coastal Spain.

Fatima, a town located 88 miles North of Lisbon, is home to one of the most important Catholic shrines in the world dedicated to the Virgin Mary. Fatima's Sanctuary welcomes millions of pilgrims and tourists from all over the world.

For beautiful monuments and remarkable scenery, Lisbon, Sintra, and Porto are the top three destinations.

Algarve with its stunning coastlines and vast natural beauty has the most popular beaches.

For surfing, there are great beaches all along the west coast, near Lisbon and Peniche. For holidays in the countryside, one can choose among Viana do Castelo, Chaves, Miranda do Douro, Lamego, Tomar, Leiria, Castelo Branco, Guarda, Portalegre, Évora and Elvas .

To observe wild life in its natural state, Madeira and Azores Islands are places to remember, but not forgetting, of course, the Natural Reserve of Peneda-Geręs, the Douro Valley and Serra da Estrela.

A golfing haven, Portugal was named “Best Golf Destination” in 2006.

Influenced by various civilizations that have crossed the Mediterranean and the European continent, or were introduced when it played an active role during the Age of Discovery, Portugal has developed a specific culture.

With one of the earliest Western literatures, Portuguese literature developed through text and song. Portuguese music encompasses a wide variety of genres.

The 20th century saw the arrival of Modernism, and along with it came the most prominent Portuguese painters. 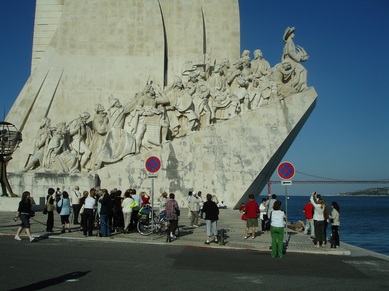