Pakistan’s geography is a combination of plains, forests, deserts, plateaus, and hills which are located in the coastal areas of the country. The Indian and Eurasian tectonic plates overlap at two of Pakistan’s major regions, the Sindh and Punjab. Pakistan is also in close proximity to China, Afghanistan, India and Iran.
The climate is arid for most of the year. There are, however, cool or cold winters and very hot summers—these temperature extremes are frequent and not too difficult to deal with for the average Pakistani. Pakistan experiences very little rainfall.

Though small, Pakistan is a country packed with many beautiful places to visit. In fact, Pakistan means the “Land of the Pure” in Urdu language. Some of these scenic sites include:
1. The Marakan Coastline: this is where the famous Alexander the Great marched during the Greek war in 325 B.C. The 754 kilometers of coastline also saw another great leader, Muhammad Bin Qasim, leading his army.
2. The Silk Road: during the ancient days of commerce, this road was used by silk traders to trade silk and barter goods. Today, it is now a car-accessible road that passes through the Himalayan range and Indus River.
3. The Indus Valley Civilization: this valley served as home for the ancient civilization, which dates back to 3000 B.C.
4. Karachi: this was the capital of Pakistan before Islamabad. Karachi is considered to have some of the most breathtaking beaches in the whole world. It is also recognized as one of the best destinations for tourists eager to shop, as well as for those seeking excellent food and drink.
5. Islamabad: the current capital of Pakistan, its wide roads and gorgeous sights have awed many. This city is most famous for the unique architecture used for both public establishments and residential houses. The Shah Fasal Mosque, which can accommodate about 10,000 worshipers at a single time, is also located in Islamabad.

Pakistan’s culture is infused with a certain type of rigidity as a result of its religious structure. Tourists and locals alike are given plenty of social cues that help them understand religious customs and traditions. During no time of year is this more evident than during the period of Ramadan, when drinking and eating during daylight is prohibited—if absolutely necessarily, the acts should be discreet. There are other norms that the foreign tourist will need to adjust to. For example, it is considered rude and offensive to use the left hand when giving and receiving. Public display of affection between opposite sexes is not tolerated. Dress codes for Pakistani men and women also conform to strict codes. 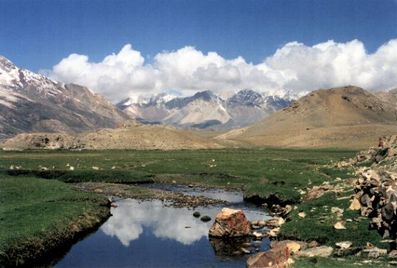