Oman has a very good geographical location that has long been the source of domination disputes. The country is located in Southwest Asia, on the coast of the Arabian Peninsula. It is neighbored by three states: the United Arab Emirates, Saudi Arabia and Yemen. Oman has an amazing one thousand mile-long coastal plain bordered by the Arabian Sea and the Gulf of Oman. Madha and Musandam are two territories inside the United Arab Emirates that are exclaves also belonging to the Omani territories.

A large sandy plain occupies the center of Oman. In the north and on the southeast coast you will find mountains and all the major cities. The climate is humid on the coastline and hot and dry in the center.

Of major strategic importance throughout history as it connects the West to the East, Muscat is the largest city of Oman and the capital. Since Qaboos bin Said became sultan in 1970, there have been serious changes; modern roads were built at a rapid pace and the economy here started to grow. Muscat is actually formed by three once-separated cities: Matrah, a fishing village, Ruwi, which is the diplomatic and commercial part of the capital and Muscat, where the royal palaces are. The distance between these three sites is rather big, which could turn out to be a disadvantage for tourists wanting to visit Muscat by foot. As an alternative, you can just take a taxi or rent a car.

There are many great places to visit in the capital of Oman. You can start with breathtaking sceneries of the harbor from the forts of Al Jalali and Al Mirani, both prisons in the sixteenth century under Portuguese occupation. A walk through the Corniche area will charge your batteries and will literally fill you up, as this is where you can find many places to eat traditional meals at a low price.

Sultan Qaboos Grand Mosque is open to non-Muslim visitors from 8 to 11 am every day except Fridays. It is said to be the third largest mosque in the world, and it includes unique items such as the Swarovski crystal chandelier and one of the largest Persian traditional carpets in the world.

To find out how nobility lives in Oman, you should also see the beautiful palace of Qasr Al Alam, the office of the sultan, guarded by the twin forts of Jelali and Mirani. Unfortunately, the palace cannot be entered, but taking pictures at the entrance is allowed.

If you want to shop in a traditional Omani place, go to Mutrah Souk. This is a marketplace in the form of a maze which includes jewelry shops, Omani artifacts and hand-made objects. Once in Oman, be sure not to miss out on the ancient city Nizwa and the peaceful city of Sohar with historic buildings and beautiful, large parks.

If you want your stay in Oman to be an adventurous one, here is the place where you can try new things like camel racing, diving, trekking, turtle and dolphin watching, and horseback riding.

A tip for a pleasant holiday would be to not go from April to July when the temperatures are very high.

Oman developed its own form of Islamic religion named Ibadhism. The traditions of the state are strongly connected and influenced by this type of religion.

Muscat's Annual Festival brings together almost two million people worldwide. It is a huge event that lasts for the whole month of January. The festival is a chance to learn many things about the Arabic culture by attending live performances, recitals, traditional dancing and much more. 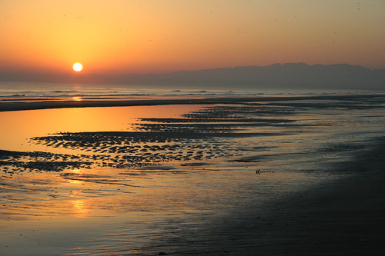