Montserrat is a small island, only 40 square miles (104 sq km), with smooth, sandy beaches and small coves along the coastline. The interior is hilly terrain, as you would expect on a volcanic island. The island is known as the Emerald Isle of the West primarily because of the Irish population but also because the lush greenery calls to mind the green beauty of Ireland. There are deep ravines called ghauts (guts) that carry fresh water from the tops of the hills down to the coastline. The most famous of these is called Runaway Ghaut. According to local legend, anyone who drinks from this ghaut will return to Montserrat again and again. Like other Caribbean islands, it has a warm climate with little variation. The heaviest rainfall is between July and November, which is also hurricane season. And, of course, there is the Soufriere Hills volcano, which adds to the circumference of the island bit by bit.

While visiting Montserrat there are several points of interest you will want to put on your agenda. Although the southern half of the island is still off limits for safety reasons, there are several vantage points that you may use to view the former capital, Plymouth. You may also take a scenic boat tour that will give you insight into the destruction caused by the volcano. You may enjoy a visit to Carr's Bay Historical Site, replete with cannons and the remnants of the fort that once stood there. Then spend an afternoon at the Montserrat Cultural Centre, where you can take in a concert, stage a wedding, an outdoor theatre event, or see a movie. Be sure to look for the handprints of fame, including the handprint of the late Sir George Martin, producer for the Beatles. The cultural center was his dream and Montserrat is the richer for the hard work and planning he put into it.

English is the primary language of Montserrat, and a local Creole dialect is spoken in some areas. Despite the rich Irish Catholic history, Catholicism is not the largest religion. That distinction belongs to the Anglican Church. There are also some protestant groups, and Pentecostalism is a growing presence. Music, of course, is popular throughout the island with rich Caribbean sounds. 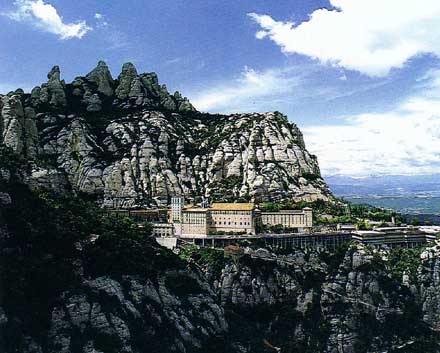