This country belongs to the Central Mediterranean, which is in southern Europe. It has a coast on the Adriatic Sea to the southwest and is bordered by Croatia to the west, Bosnia and Herzegovina to the northwest, Serbia to the northeast, Kosovo to the east and Albania to the south. It constitutes the Federal Republic of Yugoslavia with Republic of Serbia. It is around 310 miles far from Rome, 932 miles from Paris and Berlin, 1,242 miles from Moscow and 1,553 miles from New York. The biggest cities in Montenegro are the following: Podgorica, Niksic, Pljevlja, Bijelo Polje, Cetinje, Bar, Herceg Novi, and Berane.

Montenegro is known for its picturesque coast and mountainous northern region. It is also well-developed for all kinds of tourism as it became a popular tourist destination in the 1980s. Although, Yugoslav wars fought in the neighboring countries during the 1990s made it difficult for Montenegro to promote its tourism industry, it was still able to regain its image as a famous tourist spot in the 2000s.

During this time, as the tourism started to recover, many tourists from all over the world, started making their way to this country with spectacular sights. Some of the most popular tourist spots in this country include King Nikola's Palace, Bar; Miriste Beach, Herceg Novi; Lake Biograd, Kolasin; View of Budva; The Castle of Ulcinj; Sveti Stefan island in the Budva municipality; Biogradska Gora, a forest and a national park that can be found in Kolasin; and the Tara River Canyon, which is the longest canyon in Europe and the second-longest in the world.

The culture of Montenegro has many influences such as from Orthodox, Slavonic, Central European, Islamic, and Adriatic cultures. Podgorica, the capital of Montenegro and the former royal capital of Cetinje are focal points of culture and the arts in this country.

Today, it has various historical, heritage, and cultural sites including those that came from Romanesque, Gothic and Baroque periods that can exhibit the colorful history and culture of Montenegro. These sites include Cathedral of Saint Tryphon in Kotor, the Basilica of St. Luke, Our Lady of the Rocks (Skrpjela), the Savina Monastery and many others. 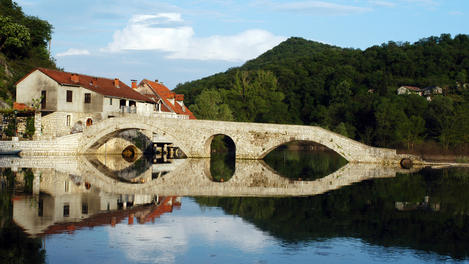