It has a land area of about 13,067 square miles. Its terrain is hilly with some areas covered with thick forest. Moldova has summers that are warm and long, with an average temperature of about 70degrees F. Its winters are relatively mild and dry, with average temperature of 25degrees F. Rainfall varies greatly the whole year round while long dry spells are not uncommon.

The capital city of Chisinau is the most populous city. Following behind it in size are the cities of Tiraspol, Balti, Bender and Ribnita.

Moldova's major attractions are a delight to tourists and visitors. The majority of these are situated in various parts of the country. Tourist attractions range from historical monuments to museums, lakes, monasteries, villages, and parks. There are various sites in Moldova that are popular weekend getaways. These are flocked to by people from all walks of life all year round.

Moldova provides many charms to the tourists and travelers as well. These attractions fall under three broad groups. The monasteries include sites like Hirjeuca Monastery, Capriana Monastery, and Hincu Monastery. The museums include the famous Museum Complex in the Medieval Town of Orhei, Alexandr Pushkin's House and Museum, Museum of Ethnography and Archeology, and the Museum of Popular Arts in Ivancea. Popular village sites include Japca Village, Tipova Village, Saharna Village, and Cosauti Village and Stanca-Jeloboc Forest. The villages are ideal places to spend weekends and weekend getaways with family and friends.

Moldovan culture is highly influenced by the Romanians. The country is well-known for its rich customs, traditions and in the craftsmanship of its people. Its people are well-regarded in making fine objects such as embroidery, wood carvings, clay wares, knit carpets, metal decorations, and baskets from osiers. There are international exhibits held in the country showcasing the talents of the Moldovans.

Social gatherings like parties, marriage celebrations, dances, and other customs are considered a way of life for the people. These practices, together with its folk culture, and ancient folk ballads like the Miorita, play a vital role in this traditional culture. 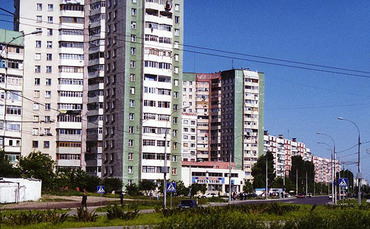