The country is very small (slightly smaller than Pennsylvania), and the climate is sub- tropical with only two seasons. From November to May each year is the rainy season, and the dry season runs from May to November. The terrain consists of a narrow elongated plateau, with rolling plains, rounded hills, and several mountains. The lowest points are at the junction of the Shire River and the international boundary in Mozambique measuring up to 121 feet. The highest point is Mount Mlanje that measures 9,849 feet above sea level. The natural resources include limestone, arable land, hydropower, uranium, bauxite and coal.

Its great length, from the northern tip of the country to the southern part in Mangochi, makes this a fascinating place, fondly called the calendar river because of its 365 mile length. Leisure activities are popular here since the shores are sandy and the resort area is Bilharzia (snail fever) free. In addition, the risks associated with swimming are reduced because of the absence of tides and currents. Tourists in Malawi often take the opportunity to see rare species of fish that can only be found here.

worth a visit because of its serene environment and its nearness to the Mozambique shore.

located to the West of Mzuzu, this reserve contains wild animals like elephants, buffalos, and hippos, in addition to many bird species.

found to the northwest of the central region, with elephants, lions and leopards coming to drink water from the "dambos" (river channels).

The Malawians are famous for their dance groups. Some of the dance groups comprise only men, such as the Ingoma and the Gule wa mkulu. The other groups that consist of only women include the Chimtali and the Visekese women dancers. The involvement of the government in forming a national dance troupe (formerly known as Kwacha Cultural Troupe) in 1987 indicates the importance of music to the society. Apart from music, the people do arts and sculpture in wood and ivory, and these are displayed in two major museums in the country: The Museum of Malawiin Blantyre and another in Mangochi. 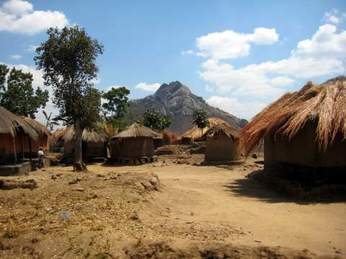