Lithuania has around 61.5 miles of sandy coastline, of which only about 24 miles face the open Baltic Sea, the shortest among the Baltic Sea countries. Lithuania's major warm-water port, Klaipeda, lies at the narrow mouth of the Curonian Lagoon, a shallow lagoon extending south to Kaliningrad. The main river, the Nemunas River, and some of its tributaries carry international shipping vessels.

The Lithuanian landscape has been smoothed by glaciers. The highest areas are the moraines in the western uplands and eastern highlands. The terrain features numerous lakes, Lake Vistytis for example, and wetlands; a mixed forest zone covers nearly 33% of the country.

The climate lies between maritime and continental, with wet, moderate winters and summers.

Vilnius, the capital city of Lithuania, is currently one of the most visited cities in Eastern Europe. Attractive not just for its unique architecture, at any time of the year there are a variety of events taking place of various scope and format in the cultural, music, cinema, theatre, and art fields, including fashion festivals.

Hill of Crosses is the biggest attraction in Siauliai to people all over the world, especially Christian pilgrim travelers.

There are two regional parks, Labanoro Regional Park and the Sirvetos Regional Park, in Vilnius. There are also five nature preserves.

Even today, these regions differ by dialects, ways of life and behavior styles, while until the turn of the last century there were pronounced differences in dress and homestead styles as well as village planning.

Lithuania is justly proud of its unfailing treasures of folklore. These include colorful clothing, meandering songs, an abundance of tales and stories, sonorous dialects and voluble language. This heritage is nourished by folklore companies and barn theaters. Recent years have witnessed the revival of crafts and culinary traditions. Folk craft fairs and live craft days are organized during many events and festivals. 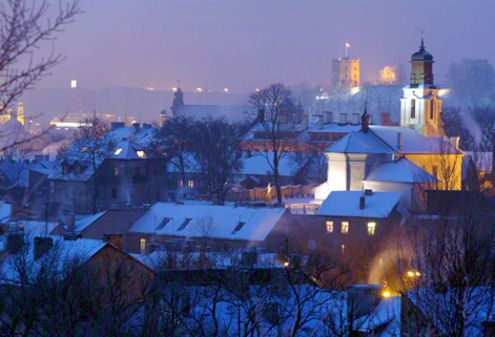