The geography of a country is relevant to its society's kind of development, communication and intercultural differences. Japan is composed of 3,000 islands, the biggest of which are Honshu, Kyushu, Shikoku and Hokkaido. These are the major islands of the country, and they are surrounded by other small islands. Japan's neighboring countries are Russia, China and Korea. Its area can be compared to that of California and Germany. Its population is only at about 1.27 million because it has limited land area. Japan has four distinct seasons (winter, spring, summer and autumn)when it comes to the weather. The best times to travel are during early to mid-April, mid- or late May, mid- or late October and early November. During these times, the temperature is mild and there is little rain.

There are hundreds of cities in Japan that are endowed with many beautiful and famous tourist attractions. Top cities include Tokyo, Yokohama, Osaka, Nara, Nagasaki, Kamakura, Sapporo, Kawasaki, Chiba and Fukuoka among many others. Tokyo is one of the most developed cities and is also the primary capital of Japan.
One of the most famous tourist attractions is the Imperial Palace. This is the permanent residence of the royal family. Another is the Meiju Shrine where the Empress Shoken and Emperor Meiji are enshrined. Built in 1920, the shrine alone stands on 70-hectares of land. Another tourist attraction is the Hagi. This is a nice Samurai Castle town found in rural Japan, west of Honshu Island. Other places of interest include the Sensoji Temple Akasuka, the Yashukuni-jinja Shrine and Tokyo’s Disneyland.

Japan is rich in the aspects of architecture, technology, literature, art and music. The cultures and arts of Japan are some of the most distinctive and famous in the entire world. Music, video games and advanced technology are huge aspects of the culture. This country is also known for the popular geisha, samurai, and sumo wrestlers.
Calligraphy, (a way of Japanese writing), ikebana, (the art of flower arranging), and theater arts are some art forms that Japan is most famous for. Painting has been part of the Japanese culture for a long time. Traditional painting is known all over Japan. The Japanese way of writing is significantly different from any other writing style. Over time, writing techniques have been acquired from continental Asia and other western countries. However, their way of writing has remained unique and beautiful. 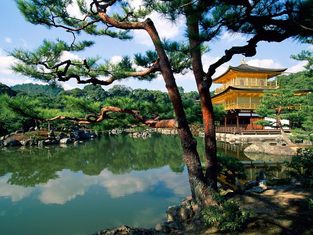