The Apennine Mountains make up Italy's southern boundary while the Alps form its northern boundary. Garda is the largest lake in the north running 143 square miles in size, and Trasimeno Lake is the largest in Central Italy. The Po, which is Italy's primary river, extends from the Alps to the great Padan plain to the Adriatic Sea.

Italy belongs on the list of the top tourist destinations in the world. It opens its arms every day to millions of tourists from all over the world who desire to catch a glimpse of this country's charms of culture and architecture. Whether you stop in a quaint village like Siena or a big city like the capital city of Rome, you will find Italian charm evident. Other popular tourist spots include Venice, Florence, Turin, Milan, Naples, Bologna, Perugia, Genoa and Padua.

The top places you should visit when you are in this country are the Coliseum, venue of ancient Roman entertainment and battle; Piazza Campidoglio, seat of power of the Ancient Romans, housing the famous statue of Castor and Pollux, as well as various structures by Michaelangelo; The Roman Forums; and The Pantheon, a marvelous building which is also the place of Raphael's grave.

Moreover, it is also necessary to include in one's trip itinerary other attractions such as the Trevi Fountain, the Grand Canal in Venice, the Sistine Chapel, St. Peter's Basilica, St. Peter's Square, the Vatican Gardens, and the Leaning Tower of Pisa.

From ancient to modern times, Italy has played a significant role in world culture and heritage. Italians have introduced to the world some of the most world-renowned sculptures, paintings, architectural structures, music, and literature. Italian culture has been passed down from generation to generation through ancient relics and artifacts reflecting different stages of the evolution of Italian culture. Italy gave birth to the most exceptional painters and artists such as Michelangelo, Leonardo da Vinci, Donatello, Botticelli, Fra Angelico, Caravaggio, Bernini, Tintoretto, Titian and Raphael.

It also introduced the Florentine poet, Dante Alighieri; whose masterpiece entitled the Divine Comedy is one of the foremost literary pieces in Europe during the Middle Ages. Other celebrated figures in Italian literature include Giovanni Boccaccio, Giacomo Leopardi, Alessandro Manzoni, Torquato Tasso, Ludovico Ariosto, and Petrarch.

As for music, Italy pioneered the concept of opera and classical music. Musicians of the likes of Giacomo Puccini, Palestrina, Monteverdi, Alessandro Scarlatti, Corelli, Vivaldi, Paganini, Rossini, Verdi and Puccini are just few of the many artists in the musical roster of Italian culture. 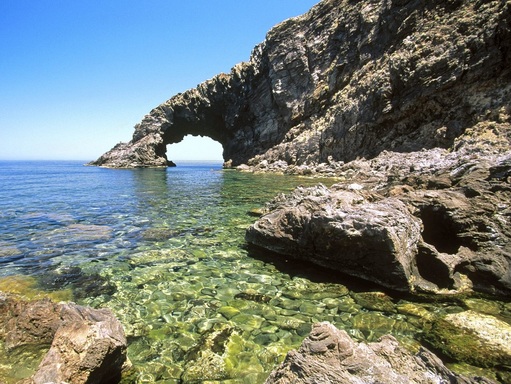