Ireland is known for varied landscape, rocky mountains, rugged cliffs, lush greenery, and panoramic views. An island with 27,136 square miles, it lies directly west of Britain across the Irish Sea. Carrantuohill, standing at 3,414 feet, is the highest peak on this island, while the longest river is the River Shannon. Two of the largest lakes are the Lough Neagh in Northern Ireland and Lough Ree in the Republic of Ireland.

Some of its largest cities include Dublin, Belfast, Cork, Limerick, Derry, Lisburn, Galway, Newtownabbey, Bangor, Craigavon, Castlereagh, and Waterford City. Among these, Dublin is the most populated with 1,030,431 inhabitants.

As for music, singing is a favorite activity of the Irish people, and they place significant value on the Celtic music. Irish people love to play button accordion, harp, tin whistle, bodhran (drum) and Uilleann pipes. Modern music is also making its way through the airwaves with Irish musicians such as Enya, U2, Sinead O'Connor, and Chieftains.

Myths and legends are also an important part of the Irish culture. Stories about fairies, leprechauns, and origins of Celtic jewelry have been passed down through the generations. The Irish people also enjoy creating tradition crafts like woolen sweaters, jewelry, pottery, Irish linen, lace and peat sculptures. 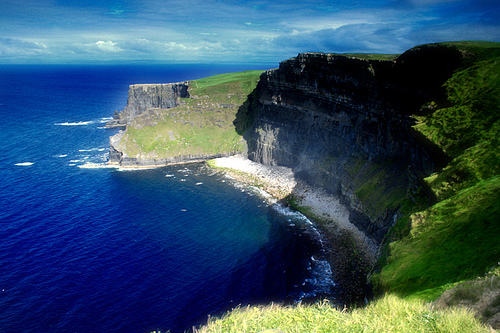