The lands of Iraq are composed of deserts, plateaus, highlands, plains and gulfs. The topography of this country is complex with several terrains and waterways. It is totally landlocked by countries such as Saudi Arabia and Jordan, Turkey, Iran, Kuwait and Syria.

Iraq is divided into four main regions, namely the deserts in the west and southwest, the uplands and the highlands in the north and northeast. The total land area of the country totals to 169,234 square miles.

Its main cities are Bagdad, Mosul, Basrah, Irbil, and Kirkuk.

Iraq, a once peaceful Muslim country is filled with many interesting places. Some of these include the Kadhimimain Mosque located in Baghdad, the Abbasid Palace, a remnant built in the 13th century, the Hanging Gardens of Babylon which is one of the Seven Wonders of the World and the Arch of Ctesiphon, which are the only remains left of the third century BC. Due to unfortunate incidents, some of these attractions have been ruined and endangered subsequent to the war between Iraq and the US.

Most people in Iraq choose to stay within the green zone where it is considered safe. Exploring Iraq's many cultural sites can be best done during the day. The country is striving hard to rebuild and restore cultural sites which were ruined during the riots and bombings. In the coming years, locals plan to build new attractions and build a fresh economy for the struggling country

The beliefs, cultures and traditions of the country are based on its dominant religion which is Islam. Ninety-seven percent of the population of Iraq is Muslim. Even the government and laws of the country are mostly based on religious foundations. Three-fourths of the Iraqi population is Arab, while the rest are divided into a combination of Kurds, Turkomans, Persians, Chaldeans, Jezira Bedouin, Assyrians and Yezidis. The majority of the people of Iraq live in most of its cities despite the continued war and violence inside the country. Twenty-six percent of the population lives outside the country. 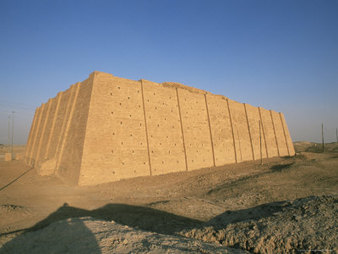