Geographically bounded by the Indian Ocean, the Arabian Sea, and the Bay of Bengal, India has 7,517 kilometers of coastline. It is bordered by Pakistan to the west, a fact which has made the area a place of unique architectural forms. Apart from the architecture styles and breathtaking buildings, India has a wealth of beautiful natural sites to admire.

One of India’s most famous attractions is the historical city of Agra, located in the state of Uttar Pradesh. Agra is the home of the world-famous Taj Mahal, which was built by the fifth Mughal emperor in loving memory of his wife, Mumtaj. Thanks to this claim to fame, Agra is considered one of the most romantic cities in India. This symbolism has made the Taj Mahal one of the eight wonders of the medieval world--little wonder that Agra now stands as one of the top international tourists destinations in the modern world. Other than the Taj Mahal, there are many other tourist attractions in and around Agra City such as Agra Fort and the Red Fort.

The culture in India is rich and diverse, a melting pot of histories, peoples, and religions. As a general rule, Indian people treat guests as their masters and serve them with as much care and respect as if they were a part of their family. Even if the host doesn't have any food to eat, guests are never to be left hungry and are always looked after by host family members. Elders are a striking force in every family; in Indian culture, respect and love for elders comes from within and is always genuine. One common practice is for a person to receive blessings from the elders by touching their feet. Elders are seen as passing on their culture to the younger generations as they grow.

The culture in India is definitely something that will pique the traveler’s interest. During your visit, do all you can to assimilate yourself in the local culture. It will bring a new depth and richness to your travel experience, and will remain with you long after leaving the country. 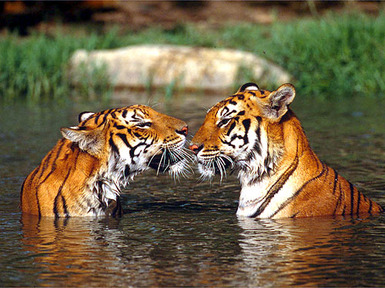