Finland is a country of 187,888 lakes and 179,584 islands. One of these lakes, Saimaa, is the fourth largest in Europe. The Finnish landscape is mostly flat with few hills. Seventy-five percent of the land area is covered by coniferous taiga forests and fens, with little arable land. The most common type of rock is granite, visible wherever there is no soil cover. Moraine or till is the most common type of soil, covered by a thin layer of humus of biological origin.

Most of the islands are found in the southwest in the Archipelago Sea, part of the archipelago of the Aland Islands, and along the southern coast in the Gulf of Finland.

Golfing under the Midnight Sun is a new pastime for the Finnish. Finland has really gotten into the swing during the last decade and is nowadays a country of golf players. Every 40th Finn plays golf, which makes altogether 132,000 members. At the moment there are 128 golf clubs and more than 150 golf courses located around the country.

Anglers worldwide will want to take some fishing trips in the Gulf of Finland, Finnish Archipelago and Aland islands.

Helsinki is blended culturally from the East and the West, a modern European cultural city whose urban cosmopolitan lifestyle exists in perfect harmony with nature. Surrounded by the sea and its own exotic archipelago, Helsinki offers visitors an endless number of possibilities.

Often described as "the top of the world," Finnish Lapland has a certain magical feel. More and more visitors are choosing to visit during summer, attracted by the fabulous wealth of outdoor activities and sights, perfect for the whole family. Fells and mountains are perfect for bikers; the river system creates fabulous white water rafting, fishing and canoeing opportunities - even gold prospecting. Rovaniemi is the provincial capital and is right on the Arctic Circle.

Finland's historical experience as a pawn in the imperial maneuverings of neighbors Sweden and Russia provides the backdrop for many tours and explorations. Finnish artistic and cultural expressions of national identity likewise inspire a range of fascinating heritage tours.

Explore the majestic Empire-style center of the capital, Helsinki, conceived in the mid-19th century by architect C.L. Engel.

Marvel at the Suomenlinna island fortress, the target of an Anglo-French bombardment during the Crimean War, and step back in time at the magnificent castles of Turku, Hameenlinna and Olavinlinna.

Or take a stroll through the wonderfully preserved old wooden towns of Porvoo and Rauma.

Cultural treasures await visitors to Ainola, the former home of composer Jean Sibelius, and at Hvittrask, the National Romantic-style former studio and residence of the architects Saarinen, Lindgren and Geselius. Both are in beautiful lakeside locations, and both are within easy reach of Helsinki. But they are just samples of a rich national heritage that also embraces the regional cultures of Karelia in the east and the Sami or Lapps in the north. 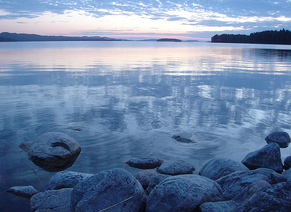