The island of Cyprus has a central plain with mountains to both north and south. Along the coasts, there are scattered but significant plains in the southern part.

Cyprus has a typical Mediterranean climate, warm and rather dry, with rainfall mainly between November and March. In general, the island experiences mild wet winters and dry hot summers which are separated by short autumn and spring seasons. The higher mountain areas are cooler and moister than the rest of the island.

Nicosia is the capital of the Republic of Cyprus and the largest city. The other cities are Larnaca, Limassol, and Paphos.

Nicosia, the capital of Cyprus, was divided into the South Sector controlled by the Republic of Cyprus and the North Sector controlled by the Turkish Cypriots. Called Lefkosia by the locals, Nicosia has many historical places. There is the Famagusta Gate, which is one of the entrances to the city through the city walls. Others are the Folk Art Museum and the Byzantine Museum and Art Galleries.

In Guzelyurt, there is the Guzelyurt Museum with a collection ranging from the prehistoric age of Cyprus to the Byzantine period. St. Mamas Monastery dates back to the 18th century and contains art going back to the 16th century.

The Kyrenia castle was constructed to protect the town against the Arab raids in the seventh century. The Shipwreck Museum, located within the castle, houses the oldest recovered shipwreck in history.

In Paphos, one finds the Tombs of the Kings just outside of the town. There is also Paphos Odeon, a second century Odeon built out of limestone which is still used for performances.

The rich and diverse culture in Cyprus is reflected by the many archaeological and antiquities sites scattered around the island, dating from the New Stone Age through to the Roman Empire. The traditional folk music of Cyprus has many common elements with Greek mainland and island folk music, including dances like the sousta, syrtos, zeibekikos, tatsia, and the kartsilamas.

Greek and European influences are reflected in ancient literature including poetry. Stoic philosophy was founded by the Cypriot Zeno of Citium. Epic poetry flourished during the Middle Ages.

The majority of the play Othello by William Shakespeare is set on the island of Cyprus. Cyprus also figures in religious literature, most notably in the book of Acts of the Apostles, according to which the Apostles Barnabas and Paul preached on the island.

Modern literary figures from Cyprus include the poet and writer Kostas Montis, poet Kyriakos Charalambides and poet Michalis Pasardis, among many others. 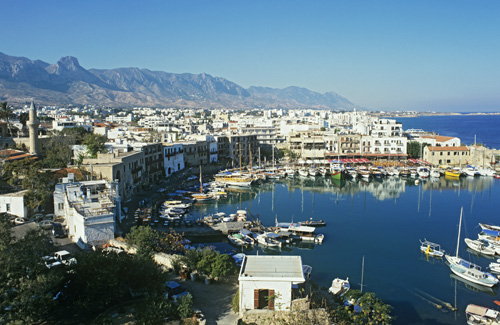