Colombia enjoys a tropical climate, with variations depending on the region, location, and landscape. Local weather also changes, with temperatures and precipitation dictated by the trade winds. Both the La Nina and El Nino phenomena also affect Colombia's weather, and average temperatures vary according to the altitude. Colombia also experiences wet weather.

Colombia's topographical diversity allows a wide variety of flora and fauna to flourish, particularly in the famous Amazon rainforest. There are also mountainous regions, plains, and low-lying areas, including the famous Orinoco River basin.

Columbia attracts visitors who are both adventurous and careful, looking for a unique vacation experience. Taxis are the most common form of transportation here and they will take you anywhere you want to go. You can also join a tour group for a more organized visit.

The city center in Bogota offers several excellent stops, including the historic La Candelaria district, the Plaza de Bolivar, and the Museo del Oro. The museum showcases approximately 34,000 pre-Hispanic gold pieces. The Museo de Botero, which showcases the art of Fernando Botero, is an excellent stop where you can enjoy paintings by Marc Chagall, Picasso, Renoir, Matisse, Monet, and Salvador Dali.

For tourists who love to shop, Colombia is famous for its textiles and excellent deals on high quality lingerie, leather, shoes, and other articles of clothing. Some of the best deals can be found in Medellin, where most of the locally known designers are.

Colombia is also famous for precious stones, particularly emeralds. Hand-woven throws and bags are also favorites among tourists, and found in malls and small shops that line the streets.

The majority of Columbians are Christian and at least 80% are Roman Catholics, but there is a small percentage of the population that practices Islam, Hinduism, Buddhism and Judaism. Although affiliated with a religious group, more than half of those who participated in a recent survey do not actively practice.

The official and most prevalent language in Colombia is Spanish. However, local dialects are also widely spoken, particularly in native territories, and there are about 75 dialects used, depending on the location.

Proximity to Latin America countries and the United States has also helped shape Colombia's culture. This, along with migration, politics, economics, and globalization has also contributed markedly to the country's art, music, dance and literature. 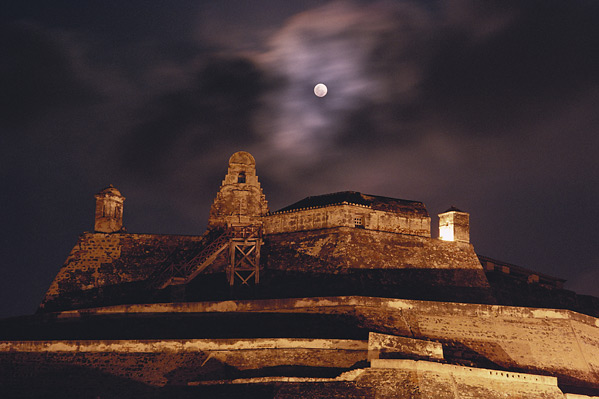