The country is located in Southeast Asia, north of the Borneo Island, the third largest island in the world after Greenland and New Guinea. Looking at a map of the country for the first time may turn out to be a little puzzling. You will notice that the territory of Brunei is divided in two. So basically you have Brunei to the east, Brunei to the west and a part of Malaysia in the middle. Geographically, this is a very uncommon situation. Because the eastern side has rough mountainous lands, almost 97% of the population is concentrated in the western part. Not taking into consideration the 100 miles of coastline on the South China Sea, Malaysia is the only neighbor of Brunei.

This small sultanate is known throughout the world for its glamorous capital. Bandar Seri Begawan, (also known and referred to as BSB), is an opulent city, where you can see most of the major tourist attractions in the country. The city can be reached by plane, road, boat or water taxi. When in BSB, be sure not to miss out on visiting the famous Omar Ali Saifuddien Mosque, a stunning piece of architecture built on an artificial lagoon. The visiting hours are posted daily by the entrance, but you have to keep in mind that there may be people inside praying, so you have to be particularly quiet. It is also worth seeing the Royal Regalia museum in the center of the city. It houses a glamorous collection of gifts received by the sultan from heads of states in the world.

How long has it been since you visited a water village? Once in the capital of Brunei, you can jump in the nearest river taxi and head down to Kampung Ayer, where you can check out the genuine life of water villagers and admire the small wooden bridges that connect the houses. Only five kilometers away from the capital, the Brunei Museum houses galleries of Islamic Arts, Brunei traditional culture, archaeology and history. On the road back to Bandar Seri Begawan you can also visit the tomb of Sharif Ali and the tomb of Sultan Bolkiah, the third and the fifth sultans of Brunei respectively.

At the end of the day, you can drive by the Jerudong Park Playground, a state-of-the art amusement park launched in 1994 to celebrate the sultan’s 48th anniversary. Here you can spend your time in a variety of ways; from admiring the dancing fountains performances to riding the speedy roller coasters and raising your adrenaline level.

You should also be aware that Brunei is not all about the capital. Other major cities are Brunei-Muara, home of the sultan; Kuala-Belait, the heartland of Brunei’s economy; and Tutong, a city of diverse cultural influences and natural beauty.

The Rainforests of Temburong are considered to be a “must see” in Brunei, a very popular destination not only for the foreigners visiting the country, but also for the residents. Getting there is only possible by boat and the ride with the river taxi from the capital takes about one hour.

Brunei’s costumes and culture are strongly influenced by the Islam religion. Being a part of the Malay civilization, this little country’s culture resembles that of the other states in the Borneo Island. It is important that you know a few basic communication “rules” before going there. For example you should not shake hands with someone of the opposite sex and you should not point your finger, as this is not considered a good gesture. 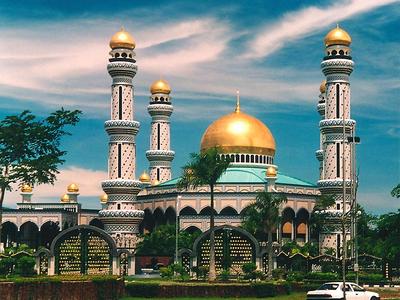