Botswana covers an area of about 600,000 sq km and is the 45th largest country in the world. The Limpopo river basin that dominates southern Africa lies partly in Botswana, in the southeastern part of the country. 70% of the land area of Botswana is covered by desert, while the Okavango Delta, the world's largest inland delta, dominates the northwest part of the country. The topography of the country is generally flat and the climate is temperate, though temperatures in the desert regions can go up in summer. Daytime temperatures are generally about 30 degrees C, and the hottest months are October to April. Rains lash Botswana during January to March, and winter temperatures are about 25 degrees, with the desert areas known to have freezing temperatures.

The Okavango Delta area in Botswana has the Chobe National Park and the Moremi National Park. The Chobe Park has the greatest concentration of elephants, and they are most visible during the dry season, when the elephant herds are concentrated around water sources like the Chobe River. The park also has populations of lions, leopards, buffalos, antelope, and the rare sable. Rhinos in these regions are rare, though not unknown. The Central Kalahari Game reserve is the second largest game reserve in the world, characterized by open plains, salt pans, and ancient riverbeds. Game consists of giraffe, cheetah, leopard, lion, wildebeest, elands and a number of other species. December to April is considered the best time to visit this reserve, and visitors are advised to carry all food and water required, and travel in groups of at least two vehicles.

Most of the Botswana population is practicing Protestant Christians, whereas smaller groups practice other faiths like Roman Catholic, Islam and Hinduism. Setswana is the adjective used to describe the cultural traditions of the people of Botswana, and it is also one of the official languages of Botswana, besides English. In this language, prefixes are given a lot of importance. For example, 'Bo' refers to the country, 'Ba' refers to the people, while "Mo' indicates one person and 'Se' refers to language. The musical tradition of the Tswana, one of the main ethnic groups, is generally vocal and makes use of heavy stringed instruments without the accompaniment of drums. Rock paintings dating back thousands of years can be seen in the Tsolido Hills in the Kalahari Desert. Crafting baskets for local use and sale to tourists is also another attraction in Botswana. 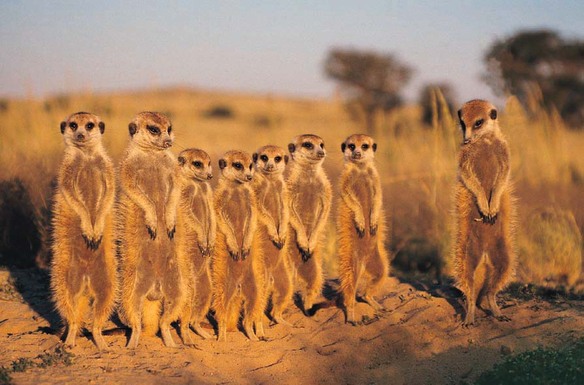