Belarus is composed of uplands and lowlands that distinguish many places in the country. The uplands are said to have been created during the Ice Age. Belarus has an average elevation of 561 feet above sea level and has a land area of 34,116 square miles. The country's neighbors are Poland to the west, Russia to the East, Latvia to the north, Ukraine to the south and Lithuania to the northwest.

Although Belarus is one of the not-so-famous tourist destinations, there are many places to see and visit in the country. Belarus offers an affordable journey to a rich history and culture.

For one to grasp a better understanding of Belarus, he should begin his trip by visiting the Belarus Museum of History and Culture that will take him through a detailed account of the history of the country. Another great museum is the Museum of Great Patriotic War that displays a collection that shows how Belarus was used as a battleground for the German and Russian armies.

Aside from the historical places in the country, Belarus also has many natural attractions. This is also where the last piece of the primeval European forest is located. Belavezha is one of the most popular national parks in Belarus. Other attractions include the Belarus Typical Landscapes. Tourists can spend their time watching birds in vast fields.

The culture of Belarus was greatly influenced by the Soviet Rules. For instance, the majority of the population speaks Russian while the Belarusian language is spoken only in the remote parts of the country. The Belarusian culture stands out because it is rooted from the pagan, pre-Christian days. The pagan perception existed for quite a long time in Belarus, which profoundly influenced the culture of the country.

Belarus is popular for its ballet and opera. In fact, there are regular performances that showcase these Belarusian talents. The country is also famous for musical plays and comedy. Belarusian culture focuses on painting, sculpture, film, music, universal concerns and universal values. 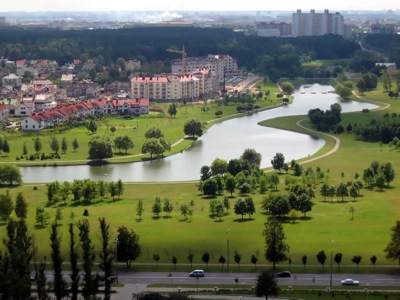