Argentina covers a total of 1,068,303 square miles, and about 11,700 square miles is covered by water. The highest point of elevation is 22,841 feet, and the lowest elevation point is 344 feet below sea level. The climate of Argentina varies from a subtropical climate in the north to a sub-polar climate in the south. The north has hot and humid summers and mild and dry winters. The south is mild during the summer and gets more snow in the winters.

About 76.5% of the population is Roman Catholic.The remaining population is of the Protestant faith, Jewish, Jehovah's Witnesses, Mormons, or are religiously indifferent. Islam is starting to make an appearance in Argentina as well. There is freedom of religion, so the residents are free to practice whatever religion they'd like with no interference from the government. The official language of Argentina is Spanish, specifically Argentinian Spanish, which to some sounds more like Italian than Spanish. Other languages that are spoken include Italian, German, English, and French. 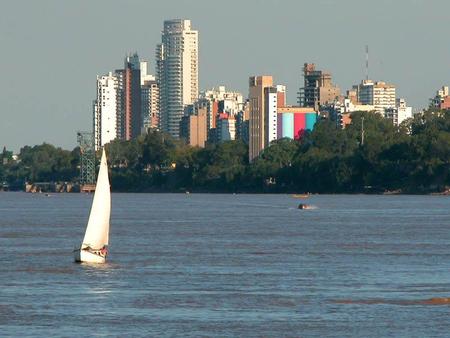