The country of Angola covers 481,321 square miles in south central Africa. This makes Angola the 23rd largest country in the world. Angola has three separate regions: the lowlands along the coast, the hills and mountains region, and the high plateaus. The highest point of elevation in the country is the mountain peak of Morro de Moco at 8,596 feet above sea level. Angola is a tropical climate that has alternating dry and wet seasons. It is typically cool from June through September. From the months of October to May is considered to be the rainy season, with most of the rainfall occurring in April.

Portuguese is considered to be the official language of Angola, but there are one hundred tribes that have separate dialects all their own. About 60% of the Angolan population speaks Portuguese, and is spoken as a second language by 20%. The African language of Kimbundu is spoken in Angola as well. The major religion of the country is Christianity. About 93.5% of the population is Christian, 4.7% are ethnoreligionist, .6% are Muslim, .9% are Agnostic, and .2% are not religious at all. Missionaries were quite active and prominent before Angola's independence. They were driven out for a while, but were able to return in the 1990s. 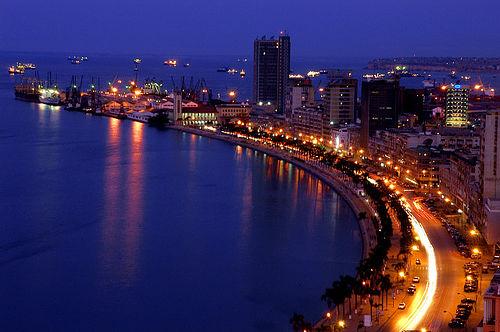