The lands are mountainous in most parts of the country. Andorra is located in southwestern Europe, located between the borders of France and Spain, high in the Pyrenees mountains. The country's mountains have an average height of 6,548 feet. The highest peak is 9,665 feet high.

The climate of Andorra is very similar to its neighboring countries, which experiences temperate climates. However, since Andorra is located high above the mountains, it has a higher altitude and therefore receives more snow during the winter and slightly cooler weather during the summer. On average, there are 300 days of sunshine every year.

Andorra is full of many interesting places for people to visit. Some of these include the Pas de la Casa, which is a famous town in Andorra. This place has an incredible ski resort, and has one of the best snow reliabilities making it a great skiing place.

Eglesia de Santa Coloma is a popular church that is the oldest in Andorra. It was built in the 12th century, yet still remains intact. However, some portions of it have been modified in the past years.

Museu Nacional de l'Automebil is a famous museum that has a collection of 80 vintage cars that have existed since the 18th century. There are also antique motorcycles and bikes that are truly amazing. Many automobile enthusiasts visit Andorra to tour this museum.

Caldea is the biggest spa center in Europe, which is why it is flocked by many tourists. It is a water palace that has an altitude of 3,280 feet.

The people of Andorra are music lovers. The country celebrates Jazz Festival that is held every July and Festival of Classic Music every September. The months of November until May are seasons of dance and music in Andorra. These celebrations alone show how much music has influenced the culture of Andorra.

There are other festivities that are celebrated by the country that are related to people's religious beliefs. Some of the other festivities and holidays are St. George's Day wherein books and flowers are given to people as gifts and Fiesta del Poble, which marks the beginning of summer. 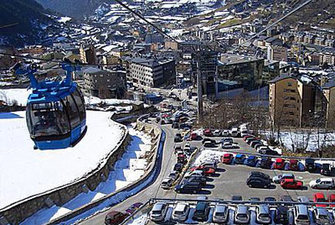